Director’s note:  This is the first post in a new thinkpeace series about girls and women doing some pretty amazing things with their lives. At thinkpeace workshop summer camp 2014, thinkpeace girls met with women from a variety of organizations. They talked about how their journey, from childhood dreams to what they studied in college combined with personal life experiences, has led to the work they are doing now and the visions they have for the future. We were inspired and motivated by these women– and others we’ve connected with– and would like to share some of these stories with you. Most of these posts will be written by thinkpeace girls who were literally energized by these Wonder Women!

Shannon Galpin is one of the bravest women I have ever met. Not because she took her life savings, sold her home, quit her job and invested every bit of herself into giving a voice to girls and women halfway around the world… not because she got on her mountain bike and pedaled across a country where women were not allowed to ride bikes… not because she refused to be a victim to gender violence… to me Shannon Galpin is brave because every day she gets up determined to try harder, give more, and push through the obstacles. She works endlessly to help Afghan women and girls get an education and have opportunities for a better life.  Shannon gives of herself every moment in every way.

I could tell you Shannon’s story, but I encourage you to buy her book next month [you can pre-order it now AND contribute to the thinkpeace scholarship fund at http://smile.amazon.com/Mountain-Journey-Adventure-Activism-Afghanistan] and read her personal story. What I want to tell you about is how she inspires me. Before attending thinkpeace camp in 2010, we were asked to bring with us some information about a cause or issue that was important to us. I have always been interested in women’s rights and had seen Shannon interviewed on Dateline.

I was 11 years old and I thought Shannon was really cool! In 3rd grade I did a biography report on Gloria Steinem and became aware of problems facing women and believed that there was still injustice towards girls, despite Ms. Steinem’s work.  When I learned about Shannon’s work, I felt I’d found another Gloria. She was passionate about changing the world too, in a pretty dangerous place. When Shannon responded to reporter Ann Curry’s question of why she was doing what she was doing with, “If not me, who?” I thought, I can do that too! So I emailed her and she got back to me right away saying that yes, I COULD do something to make a difference! I could organize a community bike ride with my friends to raise awareness about girls’ rights in Afghanistan. In upstate New York this was quite a challenge! That first year of what we called the Panjshir Tour, I was lucky to get my neighborhood friends to ride with me in solidarity. 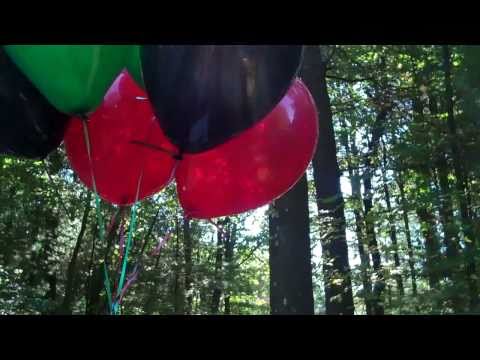 Over the next few years our ride has grown to include rides in California and India! Whenever I get a chance to talk about basic human freedoms such as riding a bike and going to school, I talk about Shannon and her work at Mountain2Mountain. I currently serve as the youth advisor for Mountain2Mountain and am eager to participate in this year’s Global Solidarity Ride with Shannon and other cyclists around the world. Shannon believes in the encouraging people to use their bikes “as a vehicle for social change and justice to support a country where women don’t have the right to ride a bike.” It’s cool that we have so many boys participating now in our local rides, joining us in our determination to ensure girls rights to an education around the world. The Global Solidarity Ride is scheduled for August 30th and if you want to organize  a ride in your community, let me know!  Just as Shannon has supported me, I’ll support you!

Shannon’s dedication has made such a difference. In just a few years Afghanistan has gone from being a country with no females on bicycles to a country with a National Women’s Cycling Team! It’s so exciting! Check out their beginnings at http://www.afghancycles.com/. Things are looking up for women and girls in Afghanistan, but it’s always a precarious situation. The Taliban is still present and the women who ride are always at risk of being attacked or shut down. Now, more than ever, we need to stand with them in solidarity– to RIDE with them in solidarity– and send a message to the world that girls and women matter. Five years ago I met a real life hero, a wonder woman, who made me more aware, who made me feel  more deeply, who made me believe that every drop in the bucket counts– who told an 11 year old American girl that she could make a difference for a girl on the other side of the world. Now I’m asking you to join us– together we can pedal a revolution!